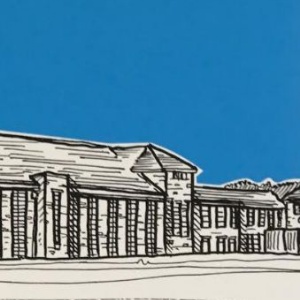 We are delighted to announce that Lewis Webb, a former student at St Julian's School, has signed for the Championship football side Swansea City for the 2019/2020 season.

Lewis completed his studies at St Julian’s School in 2018 after achieving an impressive 11 A*-C grades at GCSE and enrolled onto a college programme to continue his pursuit of achieving his goal of becoming a professional football player.

Despite excellent academic results and a fantastic talent for football, Lewis has experienced a number of obstacles that he has had to overcome to get to where he is today.

Lewis’s talent as a goalkeeper was spotted very early on in his career by Cardiff City who signed him to their academy, where he continued his development. Unfortunately, Cardiff City decided to release him from their academy programme at U14.  Despite this setback, Lewis continued to experience great success at school in both his academic studies and school representational sides.

Cardiff City’s loss soon became Newport County’s gain, as they quickly signed him to their academy. Lewis consistently produced outstanding displays between the sticks for the ‘Black and Ambers’; regularly representing their U18s despite being only 15 years of age.

In his final year at St Julian’s, Lewis received the devastating news that Newport County was not going to offer him a scholarship contract and subsequently released him.

This knockback in his final year of compulsory education didn’t impact his focus on his academic studies, where he went on to achieve great success. Regaining his confidence Lewis signed for Welsh League Division 3 side Chepstow Town, where he reignited his passion for football.

At the start of the 2018/19 season, Lewis signed for Merthyr Town and their Welsh Premier League Academy U19 side. Lewis consistently performed, producing a series of outstanding displays for the team and soon came to the attention of the first team manager Gavin Williams. Williams had no hesitation in promoting Lewis to the first team who play in the Southern Football League.

Once again Lewis excelled, despite being just 17 years of age he showed maturity and confidence in his goalkeeping in such a physically demanding league, making 17 first team appearances. Lewis’ displays at club level for the Martyrs quickly attracted the attention of Wales, which in turn led him to receive his call up to the Welsh U18s and U19s national teams.

At the end of last season, Lewis faced the very difficult decision of choosing where to go next. Several clubs were battling for his signature, including Norwich City, Swansea City, Cardiff City, Newport County, both Bristol clubs and rumours of Premiership giants Tottenham Hotspur. However, Lewis decided Swansea City were the team that could develop him the best.

Speaking on his departure, Merthyr Town manager Gavin Williams added “I would like to wish Webby all the best in his career. He has been an absolute pleasure to work with. The commitment and dedication he has shown since coming into the first team squad to cover us have been absolutely tremendous and I can’t speak highly enough of him”.

Merthyr Town chairman Jonathan Davies added: “Everyone at the club cannot speak highly enough of Lewis, not just as a footballer but also as a person. His development is also a great testament to the work our coaches have done in nurturing his talent since he arrived at our academy. We look forward to monitoring his development at Swansea City".

We at St Julian’s School would like to echo the comments of Merthyr Town; Lewis was an exceptional student, who has matured into the polished young professional that we see today. We are proud to have been involved in his development and eagerly await news of his progress.

We can safely say that Lewis Webb is the epitome of the old adage ‘If at first you don’t succeed, try, try and try again ‘.