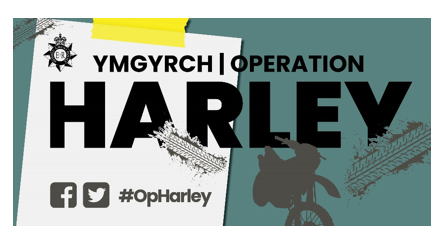 A Newport-wide crackdown on illegal and antisocial use of off-road bikes and vehicles, 'Operation Harley', is being led by Gwent police's Neighbourhood Policing Teams. This intervention is supported by a range of partner agencies including housing providers and Newport City Council.

The campaign, which will run throughout the spring and summer months, aims to raise awareness of how members of the public can report concerns, how the police can and will combat the issues, and will highlight potential offenders to damaging and dangerous nature of this behaviour.

Residents are asked to report any concern to Gwent Police as soon as possible by direct messaging the Force Twitter or Facebook account, using the hashtag #OpHarley and quoting the reference 1900054085. Photographs, video or any other supporting information can lso be included, alongside the following desirable details:

Members of the public can also email contact@gwent.pnn.police.uk, call 101, or contact Crimestoppers anonymously on 0800 555 111 if they would prefer, quoting the same reference. 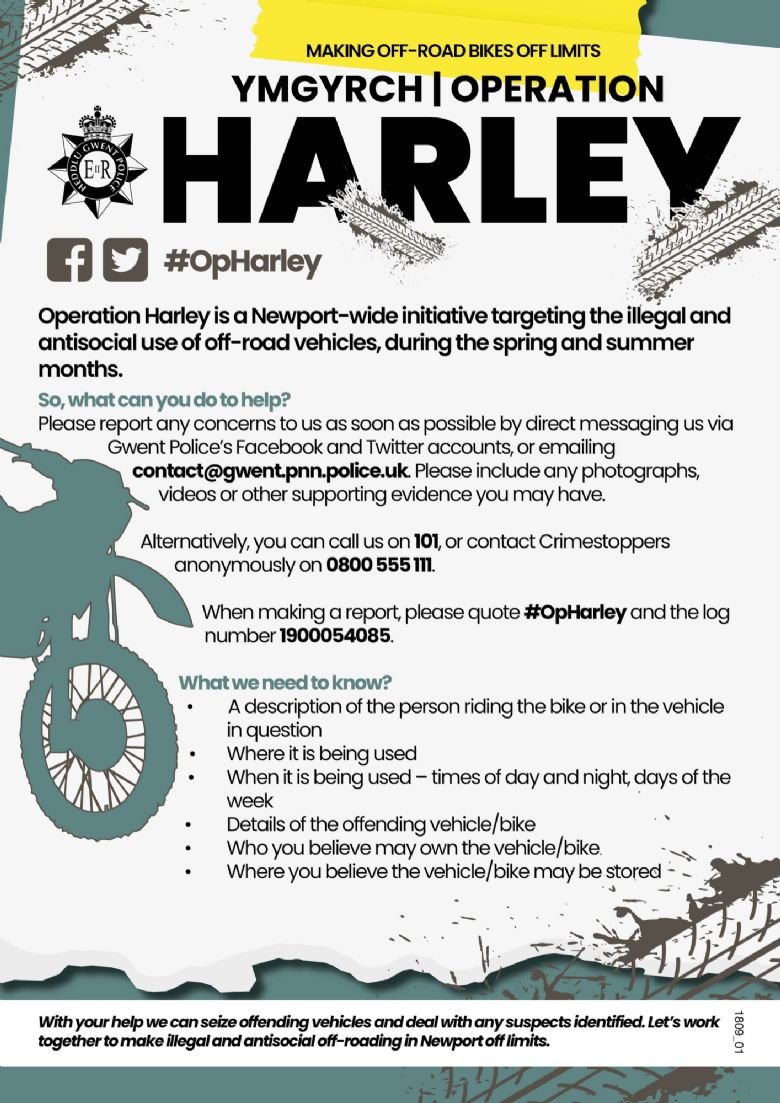 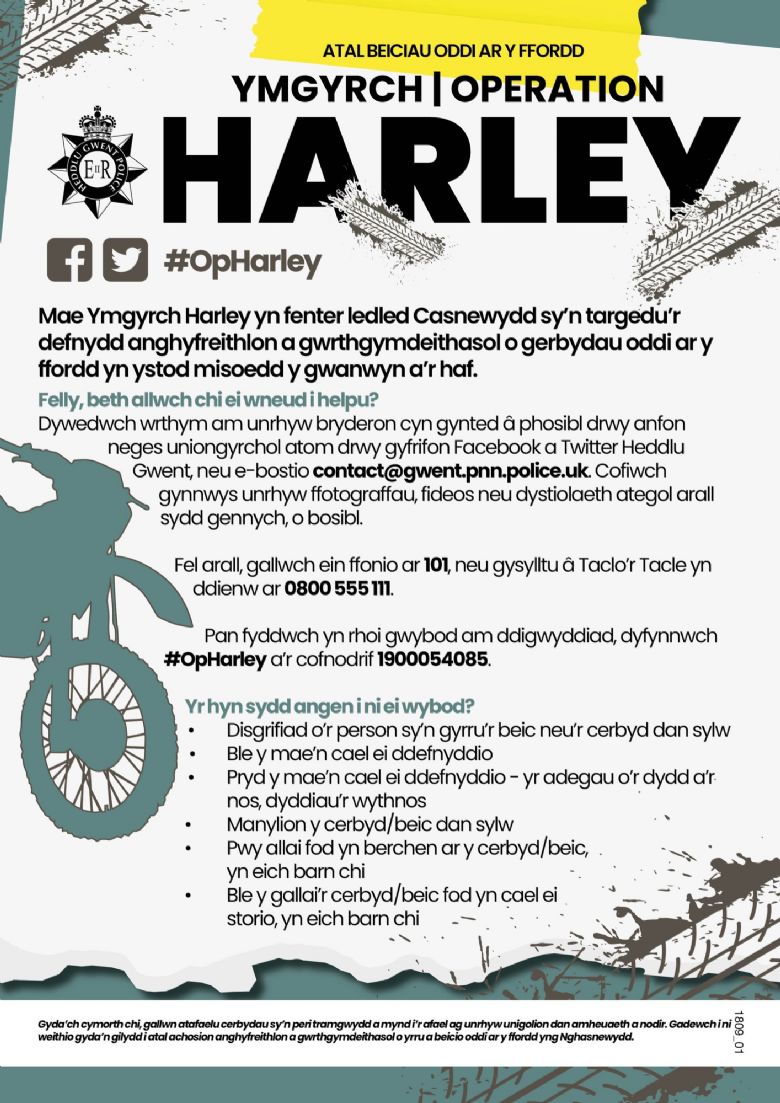 Criminal Gangs and Vulnerable People: Closer Than You Think

If you recognise any of these signs or see anything suspicious, report it anonymously online on Crimestoppers or call 0800 555111. 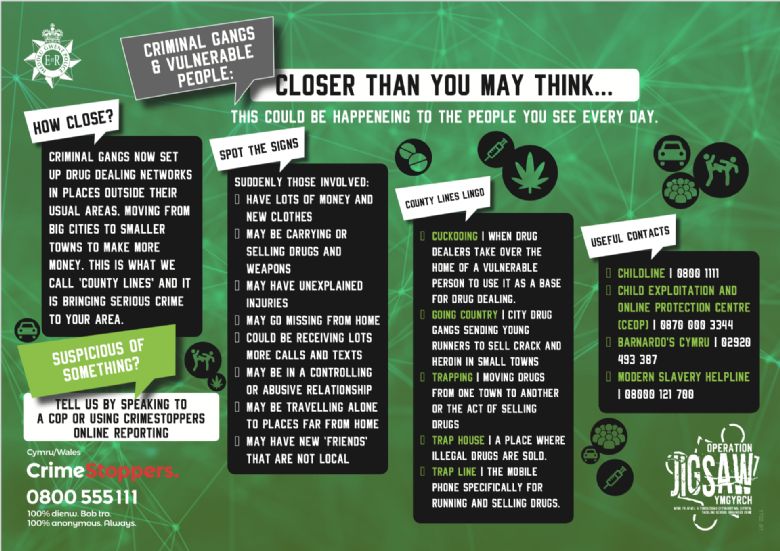